Jefford Curré echoes the sentiments of organic joy seekers, connecting a worldwide tribe of really cool people who want the same thing – a lifestyle of abundance, slightly radical love and a wildly advancing culture not afraid to be free of drugs, alcohol and profanity.

On the forefront of a fun, faith and frolic revolution Jefford Curré is an artist thats living it up with a level of unconventional cool confidence. For a complex demographic struggling for clarity on issues of sex, politics and religion, he provides a way of escape from a world of uncertainty and negative vibrations like no other. Critics call his amphitheater hit ‘’Commit Some Joy’’, a dope masterpiece that rips with no validation, what’s even worst, he’s not even trying to be like the rest. Defying the rules of performance aesthetics, Jefford leads the way in a new world of box-office excitement. Blazing the trail without compromise or apology, he incites an infectious riot of a good time.

WHO WILL WIN the most sought after accolade in the new world of Box-office excitement? It’s a medal you won’t find in the hands of everyone. Only the best of the best in Box-office Innovation, Entertainment Science, Kindness and Philanthropy, as well as Performance Art will make the cut.. Who will make it through the minefield of some of the world’s most gifted individuals nominated. Who will win this year’s ”JEFFORD CURRE’ DISTINGUISHED MEDAL OF HONOUR?” 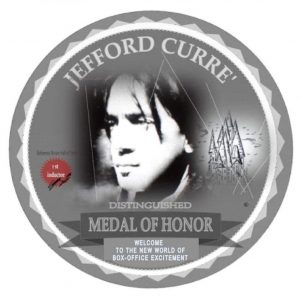 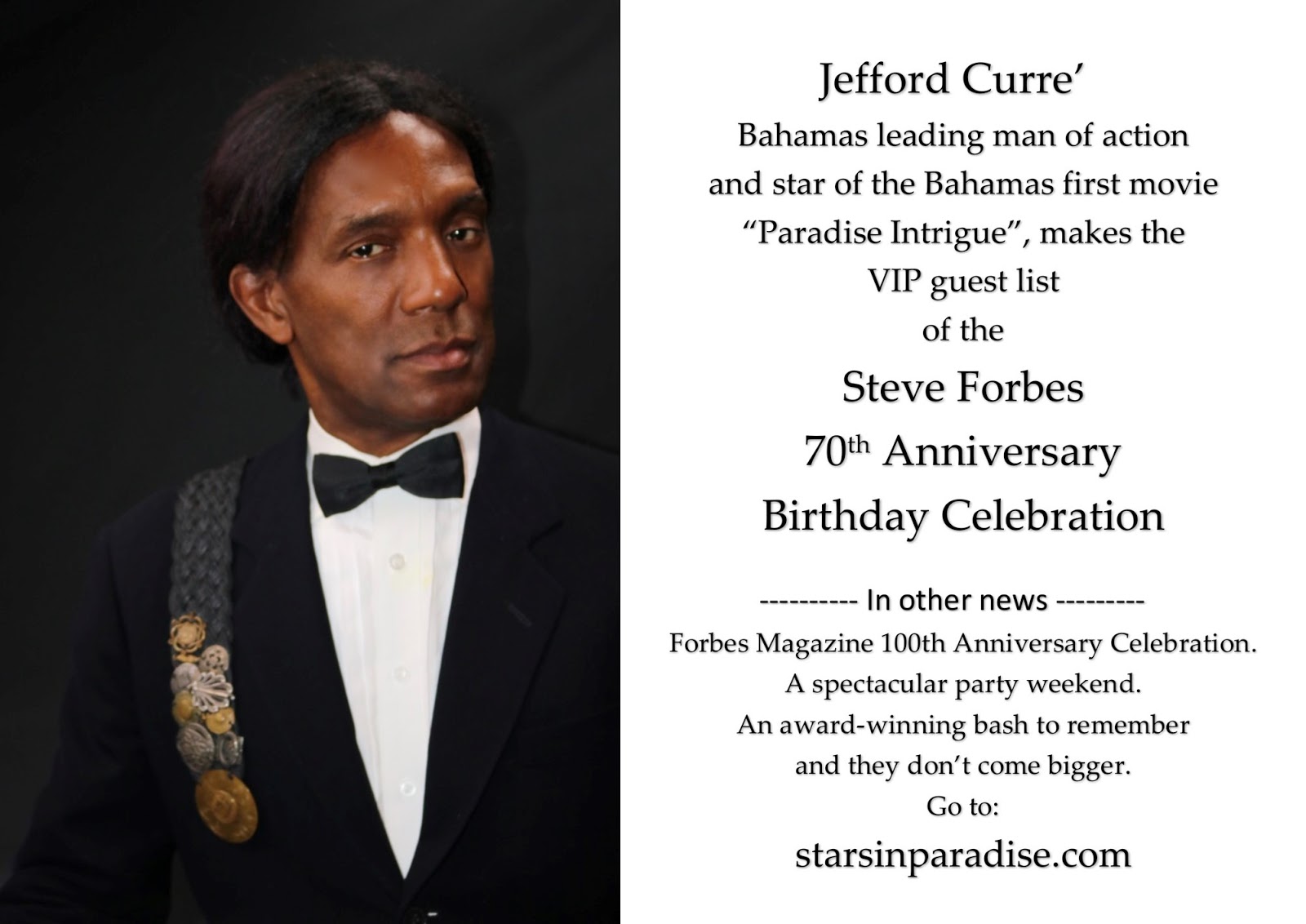 It was exclusive, exquisite and by invitation only.   In high gala spirits, 1,100 special guests jet-set  onto the exotic setting of the Paris Resort in Las Vegas.  They were there for one purpose and one purpose only, to celebrate in grand style, the 70th Anniversary birthday bash of Steve Forbes, Editor-in-chief of Forbes media.  Among the prestigious “A” list guests was Jefford Curre’.  The Bahamas leading man of action was given a much welcome seat at table one. The star of the Bahamas first movie, “Paradise Intrigue’’ was among only thirty guests that was invited on a full complimentary VIP invitation to this award-winning evening. As always, he passed on the wine in exchange for a glass of virgin cranberry juice with no ice. He was then officially welcomed with a handshake from Mr. Forbes.  After a few press snapshots, the evening got going with a blazing start. The event was spectacular and they don’t come bigger. Take a deep breath, there’s more, the party doesn’t stop there.

The Forbes brothers moved the party invasion to New York City, with a guest audience of 1,000. Kicking off another round of outrageous fun and frolic as they celebrated the 100 anniversary of Forbes magazine.

The Forbes are no stranger to lavish events. In 1989 Malcolm Forbes, Steve Forbes father, set the bench mark high, sparing no expenses for a memorable time. For his 70th birthday celebration, he flew 800 plus invitees in three Morocco-bound jets, charted by Forbes at a reported cost of $1 million.  It was an all-expense paid scrumptious happening.  Names like Elizabeth Taylor, Oscar de la Renta, Barbara Walters and Walter Cronkite were just a few among the Who’s Who celebrity guest list. Well that was then.

Today a new generation of Forbes, continue to raise the bar, with an even bigger focus on people and encouraging wealth, to create a better world. The Forbes line up of celebrations brought together the best of the best and some of the most brilliant minds on the planet.

The Steve Forbes 70th Birthday celebration and the 100th anniversary of Forbes magazine marks a historical milestone as it inspires positive leadership, outstanding innovations, economic education, philanthropy and lifestyle advancements. The Forbes continue to reassert their position as global economic leaders and perhaps the most relentless party animals on the face of the earth. Starsinparadise.com